We have the widest range and massive stocks on the shelf ready for immediate despatch. So whether you need Alfa Giulietta spares, Alfa 105 parts, or a part for your Alfa 1900/2000/2600 please take a look at our online shop.

We offer secure on-line shopping via this website so you can order your Alfa parts at a time convenient to you with worldwide despatch every day. Your payment is handled through Paypal Pro, the UK’s preferred online payment platform, so your card details are always secure and not visible to Classic Alfa. Alternatively, we welcome your telephone / email enquiries and orders and are always happy just to give free advice.

We accept Visa, Mastercard, Maestro, American Express, PayPal and Bank Transfers and pride ourselves on our speedy despatch. As nearly all our parts are in stock we generally will despatch your Alfa parts order the same day. We provide a 2 day service to most of Europe, 2-3 days to the USA, 3-5 days to Australia and the Far East with extremely competitive shipping costs.

In May 2022 Classic Alfa became an Employee Owned company.

This has been a long term goal for Richard - ensuring the future of Classic Alfa is assured with strong customer service and unsurpassed parts knowledge being at the core of what we do.

We look forward to the next 20 years!

It was always in the blood!

Somehow the passion for Italian cars (his grandfather ran a Maserati A6GCS & a 250F with Gilby) must have filtered down and Richard's Alfa ownership started at 18 with a succession of Alfa Suds during the mid 1980's. This led on to a love of Alfa roundtail spiders & Bertone GTV's and having collected & restored a number of cars during the early 1990's whilst working as a recording engineer ( https://www.discogs.com/artist/550017-Richard-T-Norris ), he started to acquire a reputation around the UK Alfa scene for having a large amount of used rare 105 series spares. Realising there was some demand, Richard spent many a weekend dismantling rusting wrecks & trawling around the country searching out ex-Alfa dealers who still had original new old stock. This mushroomed during the 1990's into a part-time business & when he decided to leave the music industry after nearly 15 years, he formed Alfaholics with Alfa restorer Richard Banks in 1999. Four years later Richard decided to set up on his own and established Classic Alfa in 2003.

Despite studying East European languages, Giles only ever wanted to work with old cars. He first managed a village garage over 20 years ago which later became Brands Hatch Morgans and he joined Classic Alfa in 2005. He has owned more than 90 classic cars including 12 Alfas and 8 other Italian cars & is trying to reach a target of 100 classics before he is banned from driving!

He recently owned an ultra-rare RHD Giulia Super Estate which was an interesting sight at speed round the Goodwood circuit.

His fleet isn't limited to Alfas but includes a Range Rover Classic, a very low mileage Lancia Gamma Coupe and what he describes as "some boats" but his wife calls "the floating scrapyard". Giles works on his cars day and night and has a fully equipped workshop at home - pity his neighbours as he fires up the compressor or operates the hydraulic press at midnight in the loft. He loves answering customers' questions about how to fit this or that part so please keep the questions coming.

Giles is married to Rachel and they have two small assistant mechanics. In 2012 he moved to Abu Dhabi but continued to answer emails for Classic Alfa and provide quotations. Giles has now returned to the UK (summer 2020) and has re-joined Classic Alfa full time.

Simon has joined us in 2009 after 14 years with a main dealer as Parts Manager & previously in the early nineties as a parts man at Caterham Cars.

He has a great love of classic cars & bikes having owned a number of Alfas, including until recently a GT Junior & still owns a Lancia Monte Carlo, a 1976 911 and an old Norton Commando bike.

His father, despite being in his early eighties, still smokes around in his 1978 Alfa Spider which Simon has maintained with him over the last 25 years.

He currently runs a 1750GTV and a super rare RHD 1750 Kammtail Spider.

Tom showed a love of all things automotive very early in life!

Tom joined Classic Alfa in the summer of 2010. He had spent a year working at Halfords (Britain’s largest car accessory retailer) and was always a keen petrol-head having owned four Renault Clios by the age of 18 (including the legendary Williams). However, it didn’t take long to be weaned off French hot hatches and Tom soon convinced his father, already the owner of a classic 1964 Mercury Park Lane Sedan, to snap up a Dutch blue 1750GTV Mk2 that came up for sale. The transformation was complete and the blue 1750 drove in nearly every session at our 2011 Track Day at the hands of Tom and his parents.

Away from work Tom is a keen sportsman, captaining his local Rugby team. He is happy to discuss the Rugby and Cricket with our Australian customers (depending on the score of course!) and recently has had a baby girl Olivia with his partner Rachel.

Filippo joined the Classic Alfa team in September 2013. He had been at a Honda dealership in Epsom for the past 11 years but yearned for a job in the world of classic cars where his heart lies. He has owned a huge range of classics from a Renault 5 Turbo 2, Alpine GTA and A610 to a Ferrari Mondial 3.2 and a Delta Integrale and has restored several classic cars. Filippo's love of classic Alfas stems from fond memories of being driven around his native Italy in his dad's GT Junior & Giulia Super as a child. Always a hands-on owner, he has a very broad mechanical knowledge and is currently enjoying restoring a Mk1 1750 GTV and a R5 Alpine Turbo.

Having moved to the UK from Italy at 15 he is bi-lingual and has proved to be a great asset with our ever-increasing number of Italian customers. He is married, with two small boys to keep him busy when he gets home from work. He currently owns a 1968 1750 GTV, Renault 5 Alpine Turbo, Porsche Boxster, Jaguar X300 Sport, Mitsubishi Evolution VI and a Lotus Evora S.

Damon joined the sales team in April 2015. He's proved to be something of an invoicing machine and quietly enjoys breaking new sales records with his methodical approach!

His love of vehicles whether it be two or four wheeled stems back to his childhood days, which in turn led him to study Motor Vehicle Engineering and welding. Never afraid to get his hands dirty - he has restored many vehicles whether it be an engine rebuild or a complete respray. He has lost count of how many cars and motorbikes he has bought and sold but he currently owns a Kawasaki ZXR750H1, Alfa 2000GTV and two Fiat X1/9 1300's.

In his spare time he also enjoys going to the gym and DJ'ing with his ever growing vinyl collection. Damon's dog, Kobi, has been adopted as the company mascot and is in the Classic Alfa office several days a week.

Wesley joined the sales department in June 2017 from his native South Africa.

The passion for cars started by collecting Matchbox and Hot Wheels cars and spending many hours in the garage with his father and grandfather from a very young age. There he learned about the mechanics of classic cars - his grandfather owning a completely self restored MGA and a classic AJS and his father, loving classic Alfa Romeos, had a GT Junior and a 1980's Giulietta.

Wesley's first car was a 1972 Leyland Mini and around this time he also helped his father turn a Datsun Sunny pick-up into a very fast street car which involved an engine swap and turbo conversion. He also has a passion for motorsport and race cars of all varieties, especially historics and stage rallies.

Wes's everyday car is an Alfa Giulietta 1750 TBi (the whizzy one!).

Originally from France and a professional biologist, Philippe has been in the UK for many years and worked in medical research until 2020 when he decided he'd like a change and to work with his other passion - Alfa Romeo. He has owned his 1971 GT Junior for 30 years which is currently awaiting restoration in France. Philippe joined us in March 2021 and helped Giles implement our new bar-coded stock control. This will hugely reduce picking errors in our warehouse and ensure that was is supposed to be in your parcel IS in your parcel!

Charlie joined us in the summer of 2018 and now manages the dispatch team.

He has a background in the automotive trade and puts this experience to good use when checking and packing your parts. 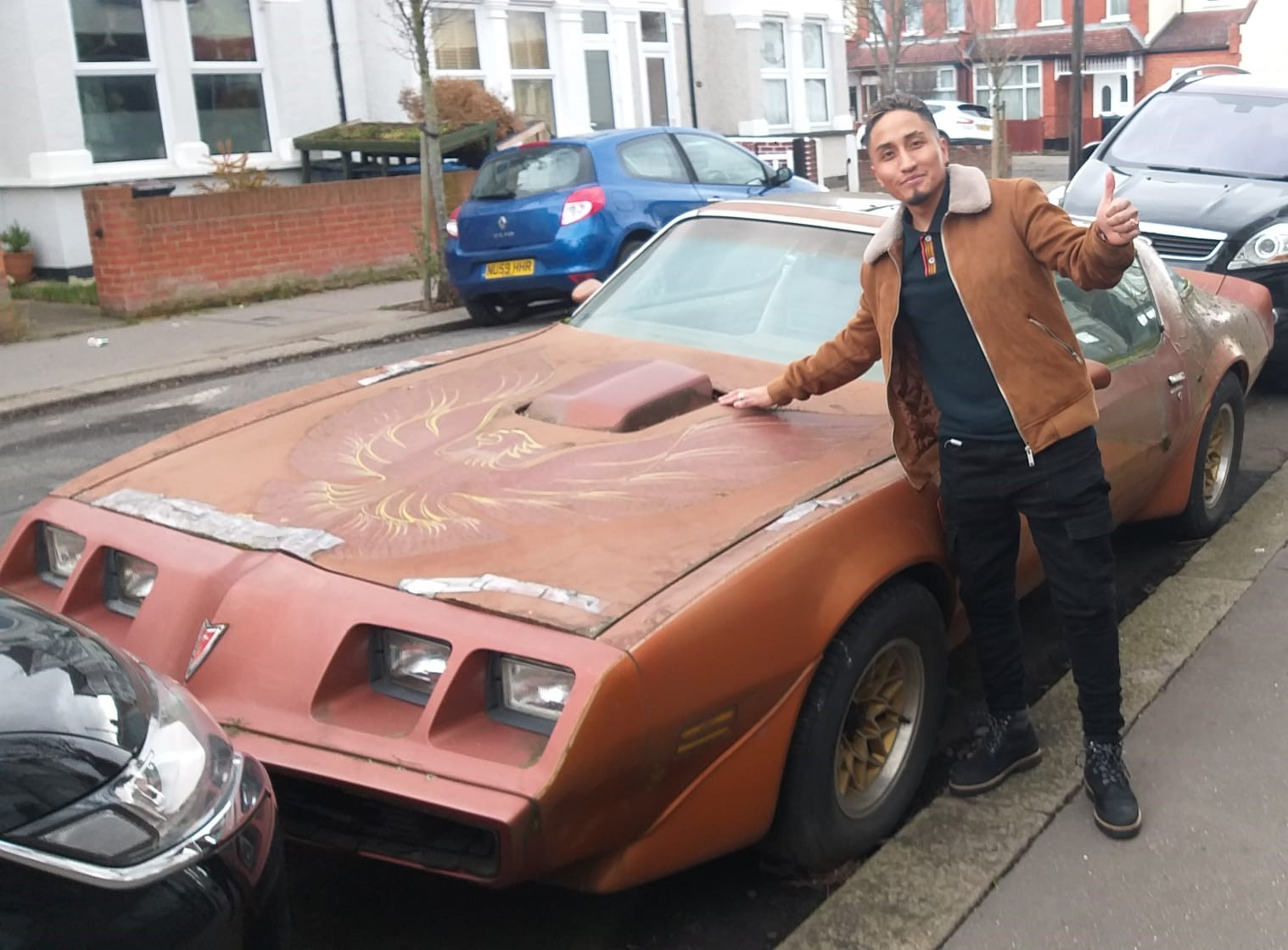 Henry joined us in Autumn 2020 and has been a great addition to the warehouse - carefuly picking and checking your orders every day. 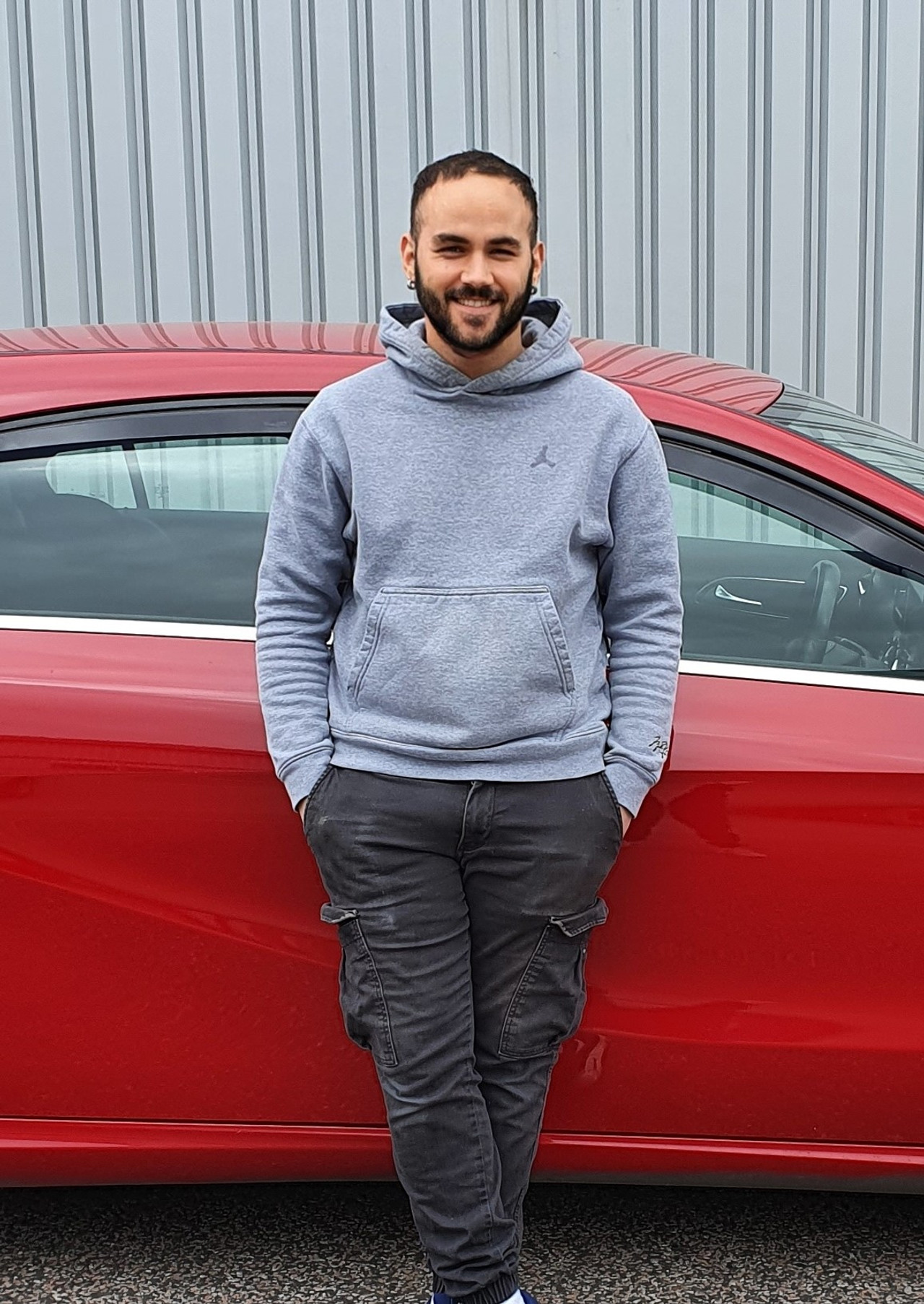 Paulo joined us in Spring 2021, having had previous warehouse experience with a wholesale food provider. A keen petrolhead and motorsport fan (his son is even named Enzo!), he has been a great addition to the team.

Amy joined the Classic Alfa team in February 2011 as Richard started to disappear behind a mountain of paperwork. Having previously been in publishing and print production she applied her extensive organisational skills to the office here and turned it into the Swiss clock it is now!

Amy is no stranger to fast cars. She scoots around in a Cooper Works Mini and had a BMW M3 a daily driver for years. She has also been known to give the boys a run for their money at karting sessions! If you have any admin / finance issues please contact her.

Christa joined us in 2019 and uses her administrative skills from years in the hotel industry to support the sales team and make sure those invoices get paid!

No stranger to a classic Alfa - she was driven to the hospital to have her first daughter in a Giulia Super!

Fred has owned his 2000 GTV since 1974 and has been a member of the Alfa Romeo Owners Club for more than forty years. He maintains the car himself so there isn't much he doesn't know about them. Fred retired as a driving instructor in 1999 and then switched from being a customer of Richard's to packing and sending all the parcels as Classic Alfa grew.

Now in his nineties, Fred still comes in one or two days a week to assist in the packing department. Alongside his GTV and a 164, Fred has a collection of classic motorcycles (also self-maintained) - two Velocettes (1958 & 1964), a 1982 Moto Morini and a stunning BSA Goldstar and used to compete in trials at the highest level from 1946 until the mid 1970's.